Helena is the CFO and Investor Relations Officer for Inter. She joined the bank in 2016 and lead the Business Development team for a year, before moving to Investor Relations in 2017. In 2019, Helena became Inter's IRO and in early 2020 stepped in as the CFO.  She was part of some of Inter's most important transactions such as its IPO at B3 in 2018, as well three follow-on offerings in the following years and key M&A deals. Formerly, Helena served as Fixed Income Portfolio Manager at Araújo Fontes (2009 - 2013) and as Business Development Advisor at Grupo Ferreira Lopes (2014). Helena holds a Bachelor's degree in Economics from Ibmec (2009), an MBA from London Business School (2016), and is certified by ANBIMA as Investment Manager (CGA). 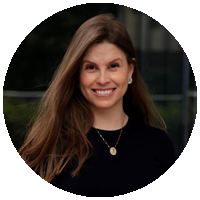